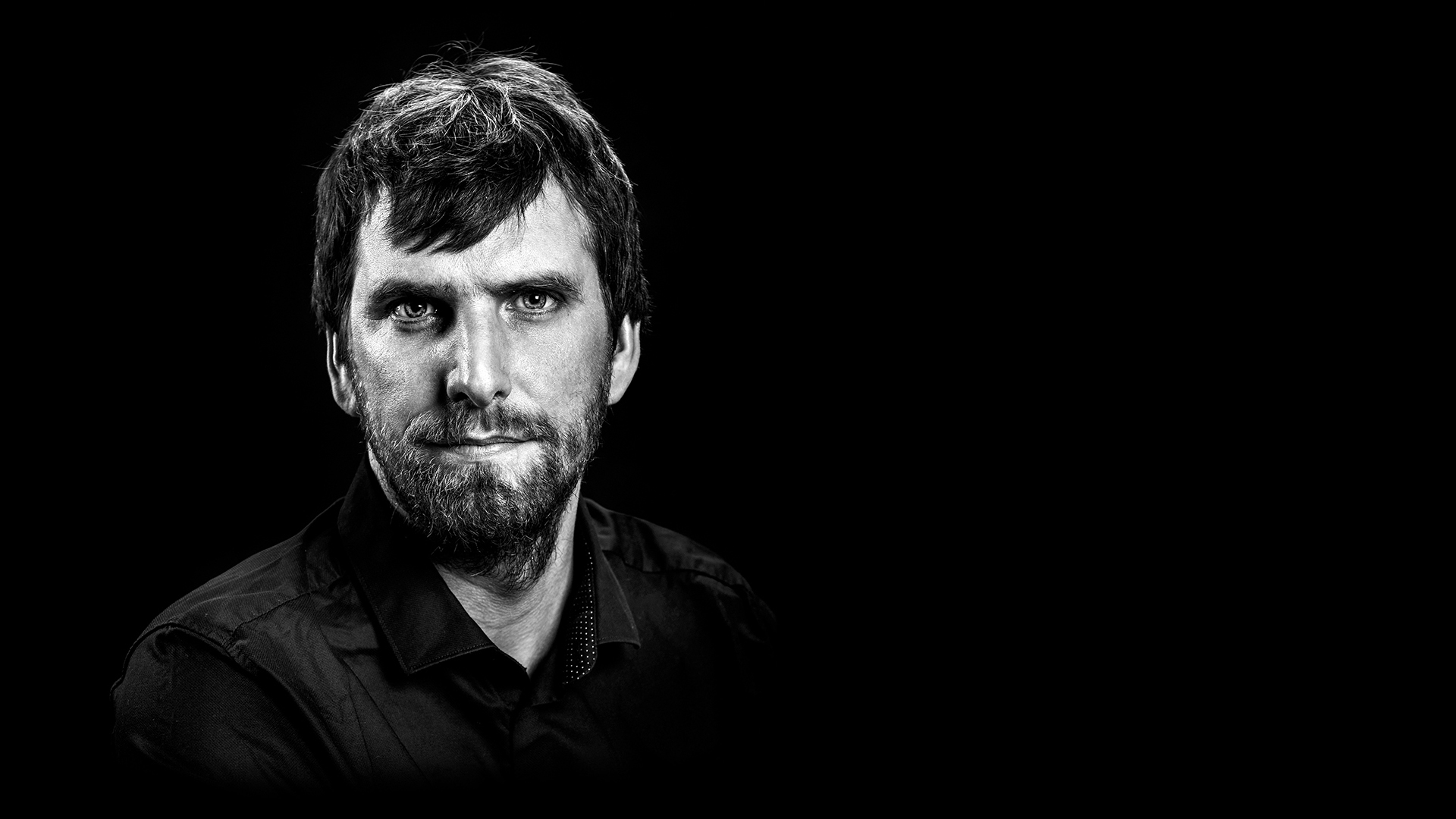 Peter Javorík
I was born in 1982 in Žilina. In 2012 I completed my Master's degree at the Faculty of Arts of the Technical University in Košice, Slovakia. In 2016, I received my PhD in graphic design at the Department of Design of the same university, with a major in visual communication.
Since 2016 I have been working as an assistant professor in the Department of Visual Communication of the Faculty of Industrial Forms at the Academy of Fine Arts in Krakow. Until 2019, I taught the subject Basics of Visual Communication (in the winter semester) and Visual Communication Design C (in the summer semester) together with dr hab. Anna Myczkowska-Szczerska. Currently, I teach both subjects in collaboration with Dr. Natalia Piertuszewska-Golba. In addition, I am a consultant for undergraduate students and a supervisor for their thesis. Due to my Slovak background, I try to encourage students to take up Slovak themes in their thesis, which is echoed by works dedicated to the Poster Gallery in Bardejov or the Andy Warhol Museum of Modern Art in Medzilaborce.
In 2016 I realised an independent exhibition in Košice and Badrejov and have been recognised in many international exhibitions, among which I will mention the biennials in Ecuador, Moscow, Oświęcim, Mexico, Sofia, Mons or Taizhong. I also prepared a curatorial project ke/kr in Krakow and kr/ke in Košice.

In 2017 I had an independent exhibition Graphic Signs in Krakow and realised the curatorial and competition project Poster Quadrennial Bardejov 2017 (PQB17), which was accompanied by several exhibitions, including an exhibition of posters by students from Krakow, an exhibition Herby by Barbara Widłak and an exhibition of PQB17 jury members. Another curatorial project was the organisation of exhibitions and the preparation of a catalogue entitled 45 Years of the Department of Visual Communication in the Vojtech Löffler Museum in Košice, where all lecturers of the Department of Visual Communication of the Faculty of Industrial Forms of the Academy of Fine Arts in Krakow presented their works. I have participated in many world biennials and triennials, including the Polish Poster Biennial and the International Poster Biennial in Lublin. I also took part in the #dziedzictwo exhibition presented at the National Museum in Krakow. At the competition exhibition dedicated to environmental poster in Szczecin I won second place for my poster Save misty the dolphin.

In 2018 I prepared three curatorial projects in Bardejov - Chinese Graphic Poster (130 authors), the exhibition Shut up! (32 authors) and 100 Years of Revolution in Russia (440 authors), which were accompanied by printed publications. In the autumn, the exhibition Chinese Graphic Poster was also presented at the Technical Museum in Kosice. I have participated in more than 50 world and national exhibitions. In addition, I have won several awards and distinctions, such as 1st place for culture posters at the Moscow Biennale (Russia), 2nd place for a theatre poster in Chisinau (Moldova) and a distinction at the Biennale in Quito (Ecuador). During Moscow Design Week I gave a presentation on contemporary poster design in Slovakia. I also had the opportunity to introduce this topic in the form of a paper at the Jagiellonian Library in Krakow.

In 2019, I carried out the very successful City of Bardejov project, to which I invited more than six hundred designers from all over the world. Their task was to design a poster about the city of Bardejov. In the same year I presented my aforementioned curatorial project PQB17 at the Kasárne/Kulturpark cultural centre in Kosice. In addition, I realized three solo exhibitions: in Radom, Lodz and Hniezdne in Slovakia. I have participated in more than 70 world and national exhibitions, the most important of which are: The Peruvian Design Biennial in Callao, Balcon Poster in Sanandaj, Satyrykon in Legnica, Posterterorizm in Seoul, 100th anniversary of Bauhaus in Moscow, Haapsalu Graphic Design, Shut up! in Los Angeles, Children, owners of the future world in Karaj and Four walls of jazz in Krakow. I also won an award in the Slovak competition Most Beautiful Books of the Year 2018 for the publication 100 Years of Revolution in Russia and was in the lead of The Peruvian Design Biennial Calao competition. My works have been appreciated, among others, at the Theatre Poster Triennial in Sofia (the poster Trzy świnki i wilk- was awarded), at the Ideography competition in Poznan (a series of posters for the Schody gallery in Krakow - was awarded), and at the We Want Jazz competition in Warsaw (the poster 10 years of RadioJazz.fm - was awarded).

In 2020, I prepared three curatorial projects in Szczecin - the City of Bardejov project, presented at the Szymon Pole, an exhibition of teachers' works at the Rector's Gallery, and an exhibition of works by students of Krakow's Department of Visual Communication at the R+ Gallery. Both exhibitions were presented in the building of the Academy of Art. At the same time, I also opened two independent exhibitions in Szczecin: Posters at the Philharmonic Hall and Graphic Signs at the Guillotine Gallery. In addition, I organised a curatorial project - a competition for a poster on a musical theme referring to a specific genre such as ethno, as part of the EtnoKraków/Rozstaje festival. For the second time I managed to win an award in the Most Beautiful Books of the Year 2019 competition, this time for the publication City of Bardejov. At the exhibition accompanying the Ekoplagat Žilina competition, I won a distinction for my poster Naturalistic shapes and forms. I participated in 30 collective exhibitions in various countries of the world. This year, I also started to act as a juror. I had the honour of being a committee member of the Golden Bee in Moscow, Equador Poster Biennial, Bolu International Poster Design in Turkey, Super Heroes in Indonesia, Love in Arts in Italy and Design with Heart in Peru competitions.